Over the years, London has managed to become the city that receives the most tourists in all of Europe. For this reason, if you are thinking of taking a trip to the British capital, you have to know that you must have great planning at all times, from the places and sites you are going to visit the area where you decide to spend the night. For this reason, step2travel will tell you about the best places to stay in London according to your travel plans.

The city of London is located between Soho and the River Thames. This is the best area to stay in London and is close to the most symbolic places in the city, such as Big Ben, the Abbey, the Palace of Westminster, Buckingham Palace, or the National Gallery. As we can see, this would be the best area to stay in London for tourism, since it is close to important places in the city.

Another reason why it is the best area to stay in London is its good connections with other parts of the city. In the neighborhood of Westminster, you will find train stations such as Charing Cross or Victoria. To this, we can add that this area of London also has a small pier from which boats and ships traveling on the Thames leave. 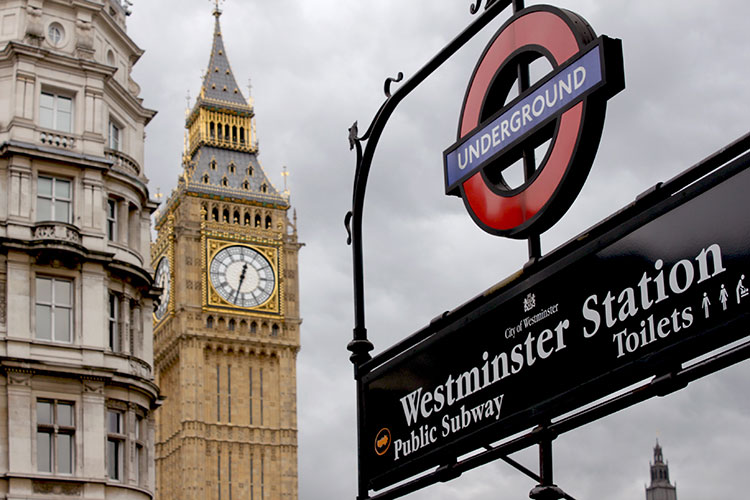 If you are thinking about where to stay in London, the West End area is located in the heart of the city, which will help you to move around the rest of London. This neighborhood is located on the north side of the River Thames, to the west of the city. Some of the places that you can find nearby are Piccadilly Circus, Hyde Park, Leicester Square or Trafalgar Square. For this reason, West End is a good area to stay in London for sightseeing.

It can be considered the best area to stay in London as it has a large number of exclusive shops, art galleries, cinemas, theatres, restaurants, as well as great nightlife. This is why the area is sometimes compared to Midtown Manhattan in New York.

If the best area for you to Stay in London is the one that gives you the most tranquility, then you should bet on Notting Hill. The neighborhood is known for some great carnivals and movies as it is where the Julia Roberts movie of the same name takes place.  But if we have to highlight anything in this neighborhood, it is its beautiful colors and staggering houses.

Another reason to choose this neighborhood to stay in London is the Portobello Market. where you can find a variety of antiques, spices, second-hand clothes, fruit, vegetables, etc. As we can see, life in this area is more like that of Londoners than in other more central neighborhoods. Despite this, Notting Hill has very good tube connections that can bring you to the center in no time. 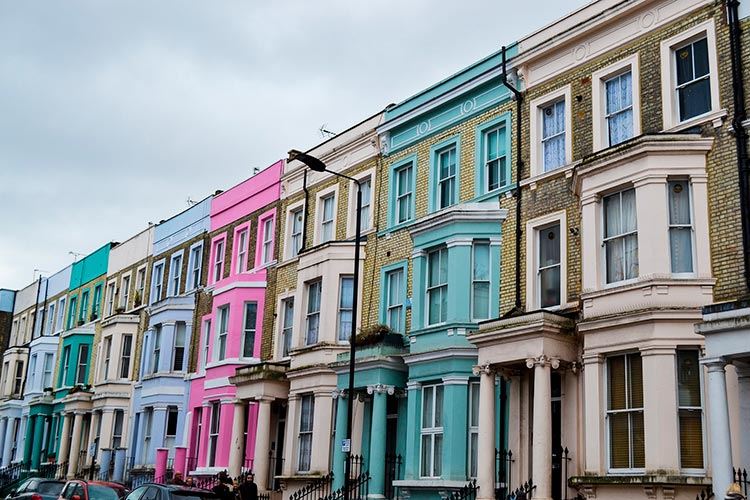 When looking for a place to stay in London, many people think about the nightlife that this European city has to offer.  The Soho district is located between Westminster and the West End, placing it in the heart of London.  For this reason, they make it an area to stay for sightseeing in London, one of the most famous neighborhoods in the city.

What stands out most about this area is that it has numerous exclusive shops with a rather bohemian and modern air. You will be able to find how many designers have chosen this area to set up their shops. There is also a wide range of restaurants, bars, pubs, and entertainment venues, but if you are looking for more than just nightlife you can also find several theatres.

Considered by many to be quiet, this area is located west of central London and south of the well-known Hyde Park. This neighborhood is considered one of the most select in the city, with numerous luxury homes, restaurants, and shopping centers, such as the well-known Harrods.

In its streets, you can also locate some places of cultural interest such as the Natural History Museum, London Science Museum or the Victoria and Albert Museum. Like many other neighborhoods in the city, this one also has good connections by public transport, as the Piccadilly line passes through, with which you can get to Knightsbridge station.

This neighborhood is located southwest of central London, making it one of the capital’s most attractive. On its streets, you can find a large number of theaters, cafes, shops, markets, and craft stalls. This is the main reason why many people choose this area to staying in London while staying in the city.

This is undoubtedly one of the best areas to stay in London for tourism as you can walk to many of the iconic sites of the English city. Also, you can have lunch and dinner in a variety of restaurants, go shopping or have a drink with your friends in the many bars and pubs.

Don’t miss out our latest article: Visits In London | Time To Travel In London