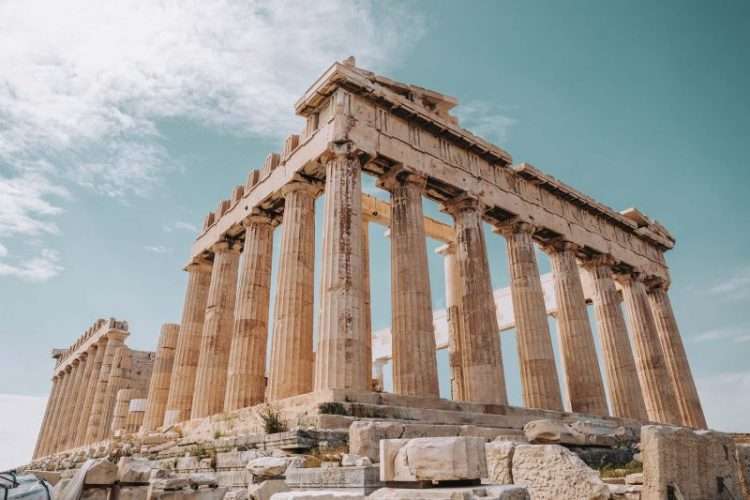 If the country of Greece is known for something, it is for having one of the oldest histories in all of Europe, being the cradle of Western civilization. One of the advantages of traveling to a country like this is that you can carry out a wide variety of activities. From those aimed at discovering the history of the Hellenic country, to enjoy its beautiful beaches that have become one of the country’s greatest attractions. As we know that this country is one of the most visited in recent years, at step2travel we have made this post so that you can know what to see in Greece trip for a week.

Without a doubt, one of the first stops on what to see in Greece trip a week is the city of Athens, without a doubt one of the most outstanding places in the country. This city is more than 3,000 years old, therefore, you can find many ruins from ancient Greece that will make you transport yourself to another era. It is true that if you plan to visit Athens, you should spend at least two or three days in the city to get to know all the most famous corners of it.

One of the things to see in Greece in a week is the Acropolis of Athens, which is located on a hill next to the remains of the ancient Parthenon, being a true wonder of the Hellenic country. It is true that these places are essential to visit during your stay in Athens, but to these, you can add the neighborhoods of Plaka, Monastiraki, and Anafiótika.

This city hides so many historical corners that are worth knowing, which is why you should spend at least two or three days in it if you want to see everything. For example, many people visit what was the Temple of Zeus, which was the largest temple in all of Grace during the Hellenistic and Roman times. You also have to see the peaks of the Lycabettus or Fiolpapo mountains in Greece in one week, where the sunsets are truly enchanting and will make you fall in love with the city. One of the best options to get to know all these places is to bet on one of the Free Tours that are offered in the city and that will allow you to get to know all its corners for a low price. 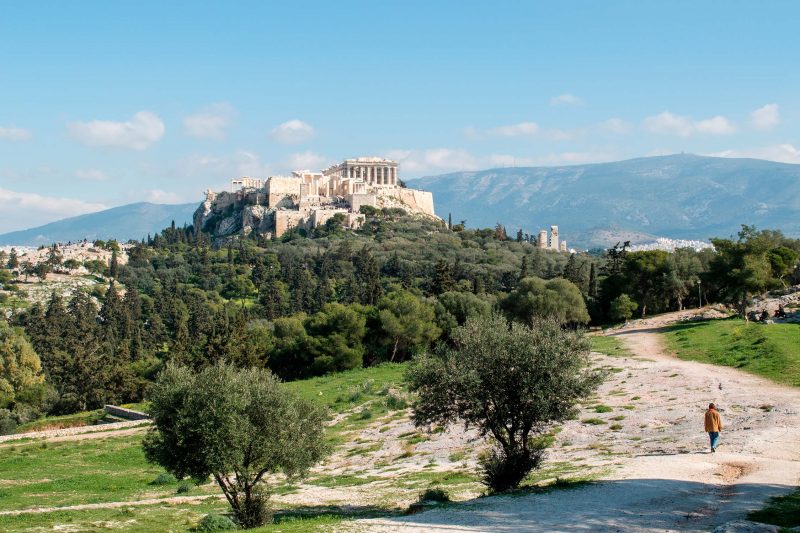 Once you have visited the most impressive points of Athens, our recommendation on what to see in Greece trip a week is that you bet on visiting some of the most famous islands in the country, such as Mykonos. This island belongs to the Cyclades archipelago, where Santorini is also located, which we will talk about later. This island hides many beautiful corners, in addition to having a wide variety of plans that range from those that are more cultural to a well-known nightlife.

The island is known for its white houses, which you have surely seen in many photos, as it is one of the most beautiful places in all of Greece. To get to know the island well, we recommend that you start by visiting Chora, the capital, where you can walk through its labyrinthine streets, where you will find some very beautiful places, such as the Church of Panagia Paraportiani or tour the old port. Without a doubt, this island is a mandatory stop on what to see in Greece in a week.

It is true that you can see all the most important places in the city of Chora in half a day, therefore, if you want to spend the whole day, we advise you to bet on renting a motorcycle or a car with which you can visit the most famous beaches of the island. Maybe after all day walking around the corners of this island you want to see what the nightlife is like, so spending the night on the island may be the best option to enjoy the great nightlife that takes place on it. 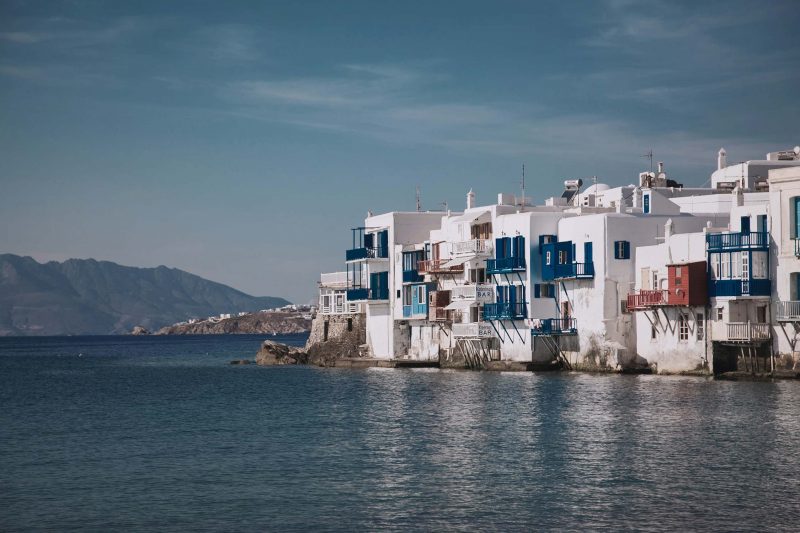 This island, which belongs to the Cyclades archipelago as we mentioned earlier and is clearly one of the places to see in Greece trip a week since many tourists agree that it is the most beautiful of all the Greek islands. One of the peculiarities that make Santorini so special is that it is of volcanic origin and has a crescent shape.

This gives a different aspect to all the islands that are in the Mediterranean Sea since you can find small towns at the level of cliffs that will offer you impressive views of the sea. As with Mykonos, the houses that you can see on this island are white with blue windows and doors, giving many towns a unified touch. Some of the most striking plans about what to see in Greece in a week, without a doubt, is to spend a day or two on the island of Santorini.

There you can bathe in its impressive beaches, especially those found in the caldera area. You can also tour the island hiking or visit some of the archaeological sites on it, such as Akrotiri. If you decide to head to Santorini on your trip, it is best to do it from the city of Athens, where you will have several transportation options. The easiest, and most expensive, is to travel by plane, but if you want to experience what to see in Greece in a week, you should bet on the ferries that will take you from the capital to the island. 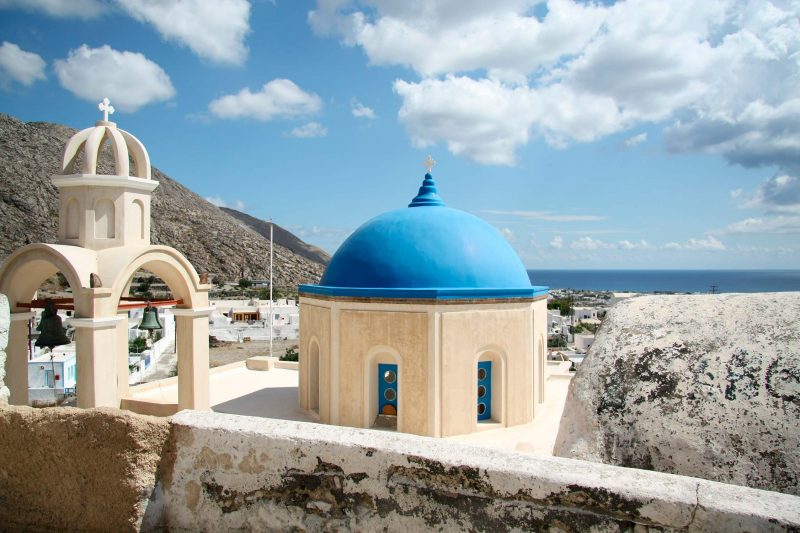 It is true that there are many places to see in Greece trip a week, but we believe that the site of Delphi has to be a mandatory stop on your trip. On this site, you can find the ruins of the temple dedicated to the god Apollo, which is why it has been declared a World Heritage Site by UNESCO. Undoubtedly one of the places to see in Greece in a week and fall totally in love and passionate about the history of this country.

This site is famous because formerly it was where the oracle of Delphi was located, along with several fortune-tellers who responded to the requests of the parishioners by interpreting the words of the gods. For this reason, this site became the religious center of ancient Greece. In addition to the temple of Apollo, there are also different places where you can enjoy the history of this point, such as the Archaeological Museum of Delphi, where you can see the bronze figure of the Charioteer of Delphi.

From the city of Athens, it is very easy to get to Delphi, being able to go by car or by bus, where it will take about 3 hours and the journey is not very expensive. We also advise you that if you want to get to know the different places of this site in-depth, you should take a tour that makes an excursion through the most striking places in Delphi, so you will surely be enchanted and you will be able to get to know the history of the site in depth. 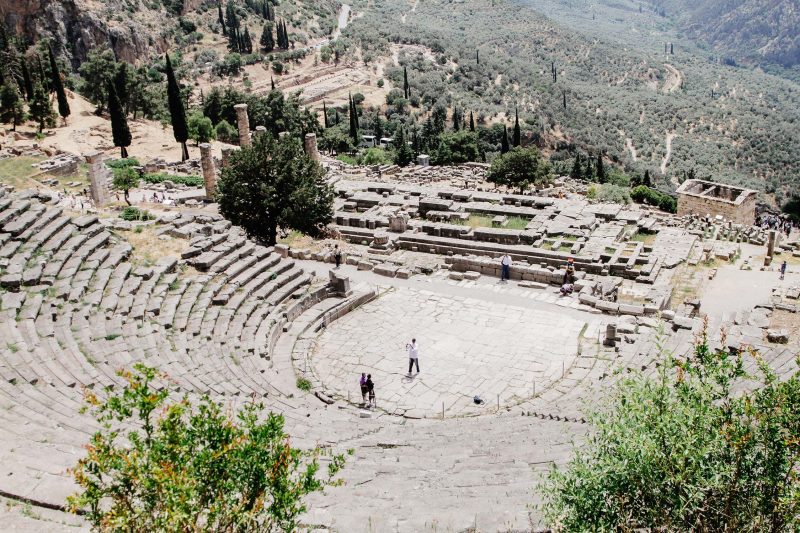 Now that you know what to see in Greece trip in a week, all you need to do is prepare your trip well, buy your tickets and set off for this enchanting country. It is true that there are many places to see in Greece in a week, but there is not enough time to see them all, so the sites that we have mentioned are some recommendations to get to know the most famous places in the Hellenic country so that you can learn about its history. This country has around 6,000 islands, so getting to know them all is somewhat difficult. 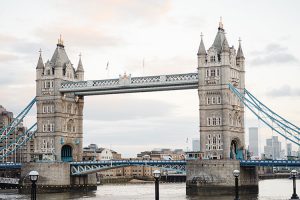 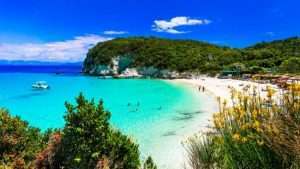 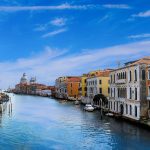 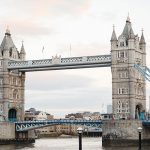 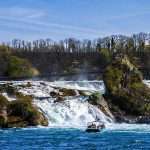 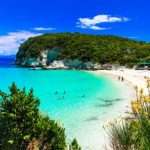 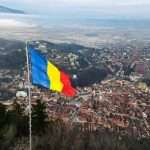 Traveling To Romania | 5 Things to Do When Visiting Romania 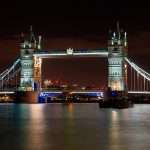 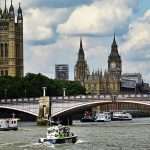 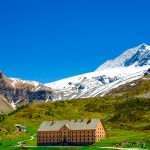 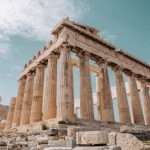 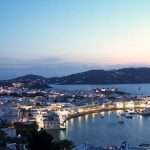