The most famous, and perhaps most sought after by tourists, is Marrakech, known as the Red City or the Ocher City. It is one of Morocco’s most popular cities and is home to the country’s great historical attractions.

If you are planning a trip to Morocco and you must visit Marrakech, there are interesting activities that you cannot miss.

Come with me to find out what to do in Marrakech during your vacation! 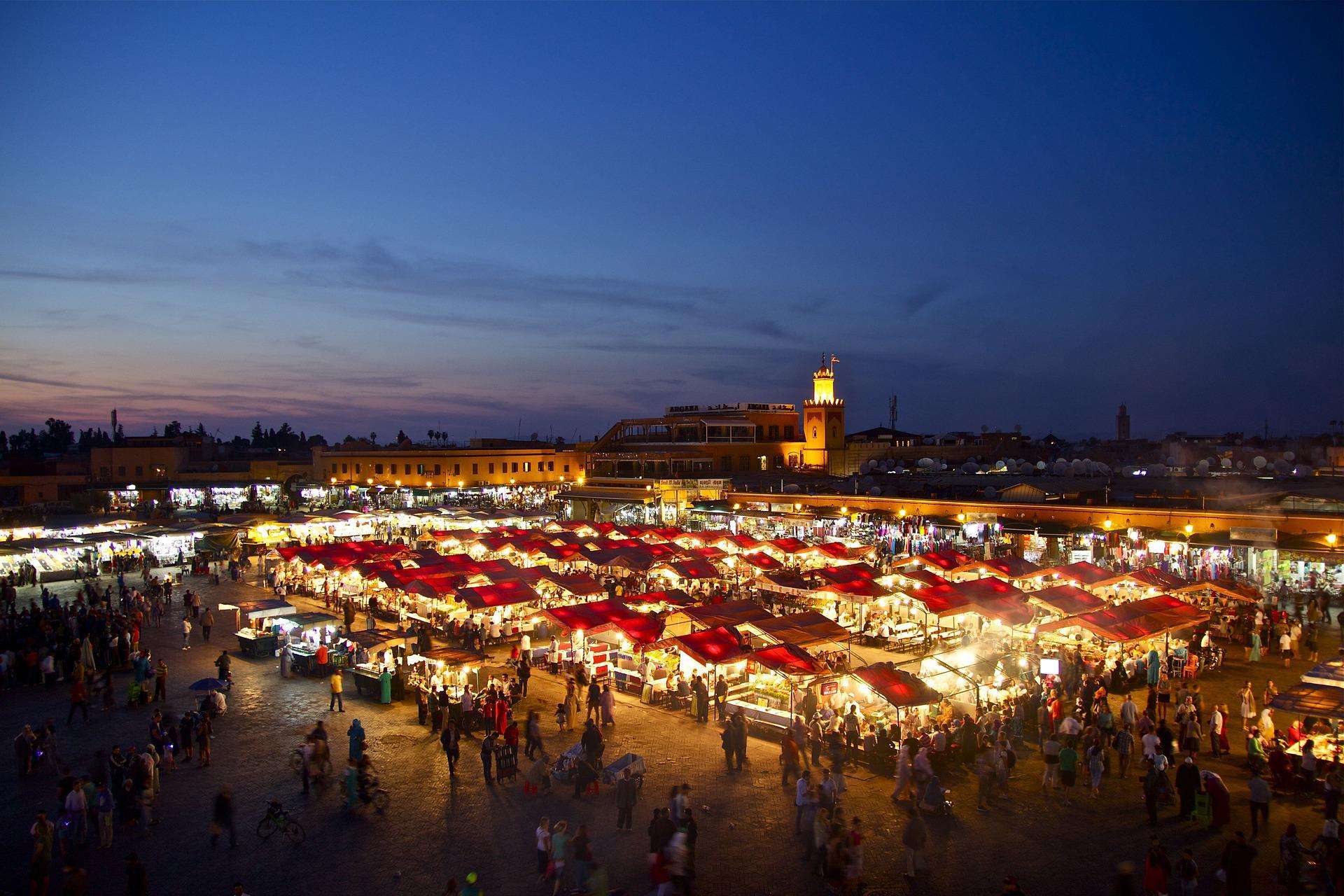 What to do in Marrakech

The most lively square in Morocco is undoubtedly Jemaa el Fna. There you will find a little bit of everything: snake charmers, monkeys, vendors, artists, handicrafts, spices, and lots of popular cultures.

Like any street artist in Morocco, they expect to be rewarded with some money. So if you want to enjoy a performance, take pictures or receive a service (for example a henna tattoo), you will have to pay, so always ask for a price in advance.

This huge palace has 150 rooms, including a harem section located next to the famous Court of Honor, and is located on two hectares of land in the middle of Marrakech’s medina.
In 1894 C Musa’s son, Ahmed, hired an architect to further expand the palace. Which adds to the complex: a mosque, a hammam (also known as a Turkish bath), and a vegetable garden. The palace is full of gardens that cover an area of ​​8 thousand square meters.

The palace is one of the most beautiful masterpieces of Moroccan architecture. One of the main monuments of the country’s cultural heritage and one of Morocco’s main tourist attractions.

This palace is already defined by its name. It is full of rich architecture and details that reflect the style of Islamic Morocco. The palace is open to the public every day of the week and tickets are only 1 euro.

The city’s oldest museum displays a variety of Moroccan art. In the past, the present Dar Si Said Museum was also a palace and residence of Si Said. It is worth a visit for those who love to see antique exhibits. Like the Palacio Bahia, the museum is open every day of the week, but at different times on Fridays, due to Muslim prayers.

The Dar Si Said Museum is the oldest museum in the city of Marrakech and has the largest collection on display. The attraction is bigger than the museum in Marrakech.

Yves Saint Laurent, Who does not know? The garden was designed by the French painter Jacques Majorelle. There you will see a garden full of different plants from different parts of the world. Even in this museum, there is a monument dedicated to Yves Saint Laurent.

The Majorelle Gardens, covering more than 9,000 square meters, is one of the most enchanting and mysterious gardens in Morocco.  It consists of a maze of intersecting alleyways and colorful buildings combining Art Deco and Moorish influences.

The Saadian dynasty ruled Morocco between the 16th and 17th centuries, Saadian tombs contain nothing but large tombs. Where members of this dynasty were buried, from the most powerful to the royal guard. The building is one of the most beautiful and detailed architecture in the city, which is a daily attraction for tourists.

The complex boasts a breathtaking design with high domed ceilings, intricate wood carvings, and imported marble statues. In the mausoleum, mosaics of colored tiles and lattice-shaped stucco are testaments to the skill of the 16th-century artisans. There are two main mausoleums, and 66 mausoleums at the same time. While the rose-filled garden provides space for the graves of more than 100 members of the royal family – including advisers, soldiers, and trusted servants.

A Riyadh museum, the secret garden of Marrakech will be an oasis in the middle of the city. Originating in the 16th century, the site was once home to great politicians. Le Jardin Secret Marrakech was restored in 2008 and has been open to the public ever since. Apart from the beautiful garden, you can enjoy the beautiful architecture of the building. You can even visit a small museum and souvenir shops. Tickets currently cost 50 Moroccan dirhams.